This is an interesting tv show. Golden Balls is a British daytime game show. At the end of the show the contestants have to make one last decision over the final jackpot. They are each presented with two golden balls. One has “split” printed inside it and the other has “steal” printed inside it:

It is similar to the prisoner’s dilemma in game theory, however, in this game the players are allowed to communicate. In North America, you might have seen the show “Friend or Foe?” which is quite similar. 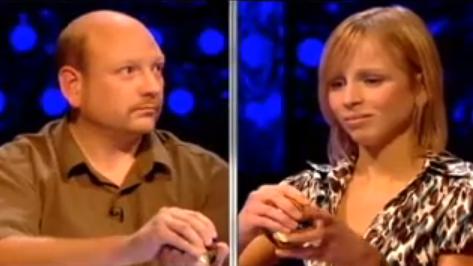 
There may not be a whole lot of math involved, but social scientists have studied the game. See the paper “Split or Steal? Cooperative Behavior When the Stakes are Large“.