It isnâ€™t the first time Google has to take part in a court case, but this time, they might be right. Since any algorithm can be reduced to a mathematical formula, the Linux code involved in Patent 5,893,120 isnâ€™t technically patentable. For obvious reasons, the judge has problems understanding the math behind it, but here is a quick explanation from paulspontifications.blogspot.ro

The Bilski ruling renders all software unpatentable in the US because any method of manipulating information (i.e an algorithm) can be translated into a Haskell program, every Haskell function is a formula in the Typed Lambda Calculus, and all the variants of the Lambda Calculus are part of mathematics.

This patent covers a very simple data structure and the algorithms for manipulating it. In fact much of the text of the patent is a pseudo-code implementation in a Pascal-like language.Google’s “infringement” consisted of using Linux, which uses this algorithm. Hence anyone using Linux is a potential target.

Red Hat is reportedly seeking a declarative judgement that this patent is invalid, and Google is expected to appeal, so this is not over yet.

If you want to see the formula, check the link. 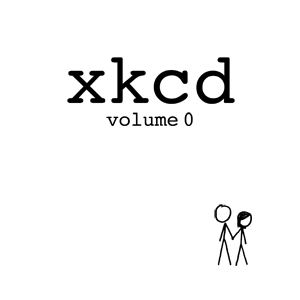 So I finally ordered the xkcd volume 0 book after it’s been available for two years and got it in the mail yesterday! Hopefully this will provide the motivation I need to finally create an SM book (volume lwh). The only problem now is to find the time to do it!!

The Google logo for today is:

UPDATE: We moved MathFail.com to Math-Fail.com so please update your bookmarks accordingly.
If you are subscribed to the feedburner url, then you don’t have to change anything!

Sorry if I messed up your feed (in google reader it showed 99 unread items after moving the feed)! Sorry sorry sorry!

I wanted to move the site over to WordPress [WP] (from Movable Type [MT]) and the easiest way to do this was just to use a new domain. Other sites (like Spiked Math) use the code and content management system from mathfail.com as their backend, and although technically I could have both WP and MT installed on mathfail.com, some problems did arise.

What does this mean? It means MORE updates!! Now that it’s easier for me to update (almost trivial actually) you should be seeing multiple daily updates for Math-Fail in the near future. It also means you can easily submit your OWN posts to Math-Fail to be published! Just click the submit button at the top.

Recently, pi has been under “attack” by a new constant called tau. You can read about it here:

I find tau to be quite interesting, but alas, someone has to defend pi.
Check out the Pi Manifesto on why pi really is the true circle constant!

Tau is introduced in The Tau Manifesto (by Michael Hartl and motivated by Palais, Robert [“Pi Is Wrong!“, The Mathematical Intelligencer, Volume 23, Number 3, 2001, pp. 7-8.]). It suggests that it is more natural to use the constant

, for the circle constant.

The FBI has released two notes in code that relate to the murder case of Ricky McCormick from 1999. McCormick had been murdered and his body was dumped in a field. The only clues were the two encrypted notes below that were found in the victim’s pockets. Despite several experts working on the code (including linguists, computer scientists and mathematicians) the code has still not been broken.

According to the FBI news story:

“McCormick was a high school dropout, but he was able to read and write and was said to be “street smart.” According to members of his family, McCormick had used such encrypted notes since he was a boy, but apparently no one in his family knows how to decipher the codes, and it’s unknown whether anyone besides McCormick could translate his secret language. Investigators believe the notes in McCormick’s pockets were written up to three days before his death.”

If you know what the notes say, submit your comments to the FBI site here.

The first is xkcd, who is apparently trying to give us all headaches by turning every comic into 3D looking:

As you move your mouse around the boxes/perspective changes.

Next, Wolfram|Alpha is apparently now Bieber|Beta:

The discount chain 99 Cent Only Stores decided to increase their prices to 99.99 cents (that’s less than a penny increase) and as a result were sued by its customers. The chain was hit with two class-action lawsuits last year for “deceptive business practices” and “misleading advertising”.

One lawyer says, “If they call themselves 99 Cents Only, it should be 99 cents.”
However, the CEO claims that: “we changed all the signs, we have a large poster in the window of every store explaining the increase, we put it in our ads in the newspaper, we put it on the radio…”

That 0.99 cent increase was projected to bring in an additional $12 million in revenue annually!!

Christian Rudder has a post over on the okcupid blog discussing the lies people tell on the online dating site. For example, the male heights on okcupid follow the expected normal distribution, however, it is shifted to the right of where it should be:

He also looks at age, income, sexuality and age of profile picture, all in a statistical sort of way. It’s definitely an interesting read with lots of pretty charts and graphs.